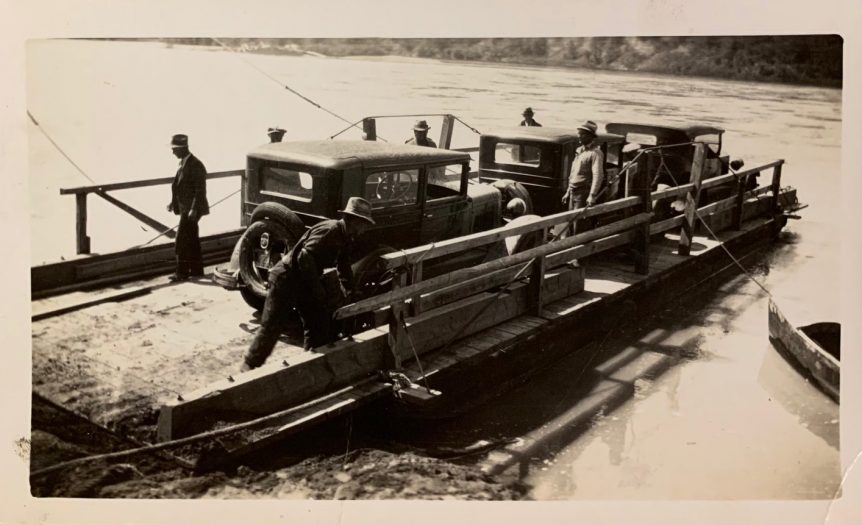 Do you or someone you know, know anything about these men or more details about the West Creston Ferry, which was located at the old ferry landing? If so, please share it with us!

The first ferryman was George Seymour who operated the ferry from 1910 until 1914. During this time, Seymour averaged at about six trips per day.

After 1920, Jimmy Lochhead took over and ran the ferry until 1938, with the exception of a four year stint away.

Wallace Thompson and Oscar Clarkson were the ferrymen in the late 1950’s, and worked with Allan Evans and Clyde Chadwick (he was a ferry operator, and his son Roger and daughter Mae (Ken) Brown are still around), who worked from 1958 until 1967. The ferrymen in the mid 1960’s were Bill Schalla, Chuck McNair, and John Bruce.

We look forward to hearing what you know about any of the Ferrymen or details about the West Creston Ferry.